Settling in Back East 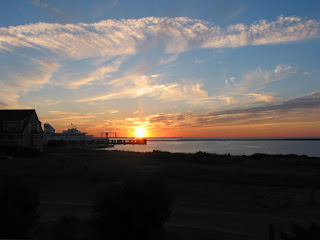 Now that things have settled down after our move back east, I will try to make more frequent posts. That said, onto the news. 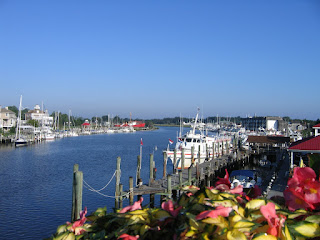 The primary thing that has tied us up the last many months has been lots and lots of travel, searching for a new place to settle (and settle for good). Las Vegas, where we moved to earlier, was a colossal disappointment on so many levels that I could fill an entire blog post with that story alone, but instead of focusing on the negative, I'll just succinctly summarize the reasons why we felt that way and then move on to the positive stuff.

Vegas was "not for us" as Steve and I found the culture there far too superficial and the people, in general, too cold. Before any of you who've never lived in Las Vegas before say "Of course!" to yourselves, understand that we did not live on or even near the Strip; we lived in Summerlin, a very nice, very safe, very upscale master planned community on the west side of the valley,  minutes from the beautiful Red Rock Canyon National Conservation Area, where we spent a lot of our free time hiking in the mountains. But despite being far from the Strip, we eventually found that the "Strip Mentality" tended to slowly pervade everyday life throughout the entire valley. Never, ever have we seen so many people with alcohol problems, drug problems, gambling problems, and general personal problems. And I'm not speaking about the kind of clueless, willfully self-destructive riff-raff you'd expect to be like that...I'm including upper-middle class and upper-class people as well. We'd actually meet people who had moved to Vegas with zero issues and, within 1-2 years, one or both partners would get caught up in the "party" lifestyle 24/7, living like "middle-aged teenagers" and then promptly ruin their lives "having fun". Never anywhere have we ever met so many unhappy, desperate single people in their 30's, 40's, 50's and over because they "couldn't find a good partner". Never have we met so many people who had healthy, happy marriages before they moved to Vegas and then got divorced after getting sucked into the Vegas Strip Mentality, the hallmarks of which are Arrested Adolescence, Substance Abuse, Addiction or Dependency, Depression, Anxiety and Narcissism. 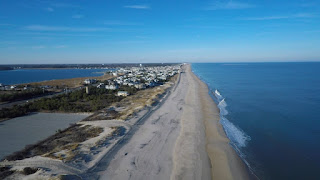 Is "everyone" there like that? Of course not, and we did make some good friends. But far too  many people are like that and it really started to wear us down after awhile. Steve and I lead such normal lives outside of the web site biz that we cannot relate to those who live that way, especially when they are our ages. It was sad, pathetic, and soul-crushing...and we knew we had to leave. I don't think we had a single friend in Vegas who was happy living there and who didn't want to leave if they could...but couldn't' due to work or family reasons.   Fortunately, we are able to live wherever we want...so we really took our time deciding where to go, and stay, for good.

So where did we end up? 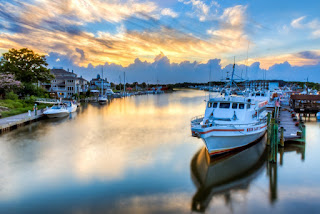 This puts us about a 2.5 hour drive away to the big-city culture of Washington, DC, which is our new base of operations for the web site as far as shooting videos and photo sets goes. In fact, we will start shooting with fans again in the DC/Baltimore area sometime after July; look for another blog entry soon on that. 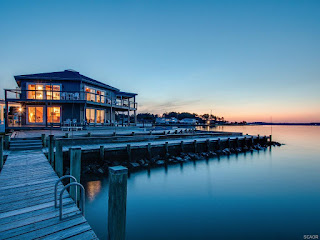 Oh, and before someone asks - no, I will not consider meeting with fans in any capacity in or near our new home town or anywhere else in the entire state of Delaware. Not even "just for a quick (fill-in-the-blank)" request, like coffee or a drink or lunch, etc. From now on, our entire home state is and will always be our refuge away from the business and the demands of fans. That's our prerogative and we're sticking to it, no exceptions. It's not an issue of people "knowing" that we live in Delaware; if we were worried about that, I wouldn't be disclosing our location here on my public blog. It's simply a matter of keeping any and all fan interaction completely away from our home area.

So there you have it - that's what I've been up to and why I've been absent from blogging. We are finally settled into our new home and I'm ready to start shooting again sometime soon!  It's good to be "back"!